As a homeowner in Longview, TX, you may have heard about 25C Tax Credits offered by the Internal Revenue Service (IRS) for energy efficient home improvements and the installation of energy efficient air conditioning equipment. These 25C Tax Credits are back and now is the time for local homeowners to take advantage of this money saving opportunity.

Our heating and air conditioning service technicians at JD’s A/C LLC explain how you can qualify for these tax credits and how to arrange for the installation of a new energy efficient air conditioning system for your home.

For homeowners who made certain types of energy efficiency improvements in 2012, you may qualify for up to $500 in federal tax credits on your annual tax return. As part of Congress’ initiative to avoid the so called “fiscal cliff”, this tax credit was reinstated, as it had expired on December 31, 2011. The reinstatement of the tax credit allows for up to a 10 percent credit up to a maximum of $500 for home improvements that meet specific energy efficiency standards.

Requirements for the 25C Tax Credit

Homeowners can also make other improvements under the tax credit, including the installation of qualifying roofs, windows, water heaters, insulation and doors.

Receiving the Tax Credit: How to File

In order to receive the tax credit for your purchase, you will need to complete IRS Form 5695 on the 2013 tax filing season’s forms. You will need documentation of the date and purchase amount for your home improvement. Installation of Qualifying Air Conditioners If you would like to take advantage of this tax credit before it expires, now is the time. We install qualifying air conditioners and heat pumps that meet or exceed the requirements for the credit. These HVAC systems will also lower your monthly utility bills.

At JD’s A/C LLC, we help homeowners in Longview TX enjoy lower utility bills and a greater level of indoor comfort. By providing energy efficient home improvements such as Energy Star rated air conditioning systems, we hope to ensure your comfort and help you enjoy the reinstated 25C tax credits on your 2013 tax return. Our team of professional heating and air conditioning service technicians has built a solid reputation for reliable, on time and affordable service that you can trust. For more information about energy efficient air conditioners and how to qualify for this tax credit, contact our service department at any time. 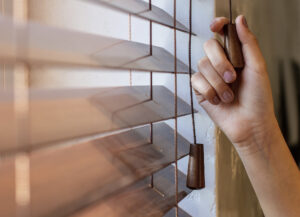 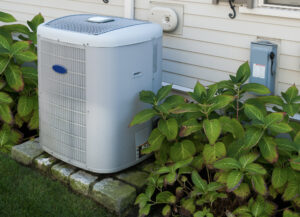 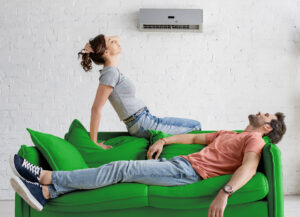 If you are like most people, you enjoy air conditioning in most aspects of your life. Even so, you may not know who invented air conditioning or why. The invention of air conditioning was no accident, as with other technologies. In 1902, Willis Haviland Carrier deliberately set out on the quest to create a system for a printing plant that would reduce humidity. The result was a system that cooled the ambient air as moisture was removed.

Versatility of the Air Conditioner

Cool ambient air was, however, an unintended consequence of Carrier’s invention. As moisture is extracted from the air, the air cools. Very soon after the first air conditioner was placed into commission, the added benefit of the cooling of the air in the dehumidifying process did not go unheeded. The ambient air in the plant cooled and the workers were more productive as a result.

Industry authorities soon created standards by listing the functions that the air conditioning unit should perform:

In 1914, the Buffalo Forge Company reduced their engineering staff to focus solely on manufacturing for the World War I effort. Carrier, the man who invented air conditioning, along with the other seven engineers released from the manufacturing company, combined their life savings to create the Carrier Engineering Corporation. The new company opened in June of 1915. The company was dedicated to refining the air conditioning process and disseminating the new technology for mainly commercial use in manufacturing plants.

Formation of the Carrier Corporation

Willis Carrier’s “Igloo” air conditioner was featured at the New York World’s Fair in 1939. However, the onset of World War II delayed the adoption of the refined invention. As the U.S. experienced economic prosperity after the end of WW II, the air conditioner quickly grew in popularity for both residential and commercial use. As the Sunbelt become more populated in the 1950s and 1960s, the air conditioning industry experienced explosive growth.

Your local Longview TX Carrier factory authorized dealer is JD’s A/C LLC. At JD’s A/C LLC, we uphold the values of Carrier to provide residents and commercial customers of Longview TX with the highest quality of service and HVAC equipment. For all of your heating and air conditioning service needs, call JD’s. As a Carrier factory authorized dealer, we know air conditioning.

However, if you smell a foul odor only when your AC kicks on, chances are that the smell is emanating from the AC unit itself. If your air conditioner smells there are a few checks you can perform before calling your professional HVAC service technician.

As water stands in the tray, dust and debris fall into the standing water. Eventually, bacteria, mold and fungus form and emit a foul smell. Even if mold is not present, the standing water can make your air conditioner smell when it kicks on. The first item you should check is the condensate tray to see if water is standing in the tray.

Reasons for improper condensate drainage include:

If you have checked the condensate tray and drain, and you do not find any problems with the tray or drainage system, other problems that may cause your air conditioner to smell require an inspection by a professional HVAC technician.

JD’s A/C LLC provides AC inspections, maintenance and repairs to customers in Longview TX. If you have inspected your condensate tray and drain, and you are still not able to resolve the odor, call JD’s A/C LLC.

How Do Heat Pumps Work to Cool My House?

For those who aren’t used to dealing with HVAC components, it may seem a little strange that a cooling system is based on a piece of equipment that is called a heat pump. Whether you are moving into a new home or thinking about your need for replacement equipment, you may wonder how heat pumps work to provide you with the cool air needed during a blistering hot summer in Longview TX.

An air conditioning unit works with this same principle. The main difference between a heat pump and an air conditioner is the direction in which refrigerant is cycled. The air conditioner uses a one-direction system for the refrigerant, compressing and heating outside while expanding and cooling inside. In a heat pump, the direction of the process can be reversed. When heat is needed indoors, the compression is handled in the indoor coil. When cool air is needed, the process is reversed.

Is a Heat Pump Difficult to Maintain?

Maintenance of any piece of HVAC equipment is important. You don’t need to know how heat pumps work to be able to take care of your system. Each season of use should begin with a clean air filter in place. You need to make sure that your vents are free from foreign material. It’s important to check your thermostat battery and try your settings. At JD’s A/C LLC, we offer seasonal tune-up specials that allow our customers to have their equipment checked and optimized. We make sure that your refrigerant levels are appropriate and check for signs of damage. The service is reasonably priced and can eliminate the majority of repair issues for most homeowners.

While Texas is known for its hot summers, we also have our share of chilly winter temperatures. Averages are above freezing, but occasional single-digit lows have been recorded. You need a reliable source of heat that will provide casual heating during milder winter days while handling the heavy demands of those rare record-setting conditions. A heat pump is an excellent way to address year-round HVAC needs in your home. You can contact us at JD’s A/C LLC to find out about the best home heating and cooling options for your home and the latest air quality trends in the industry.
Share on facebook
Share on twitter
Share on pinterest
Share on linkedin